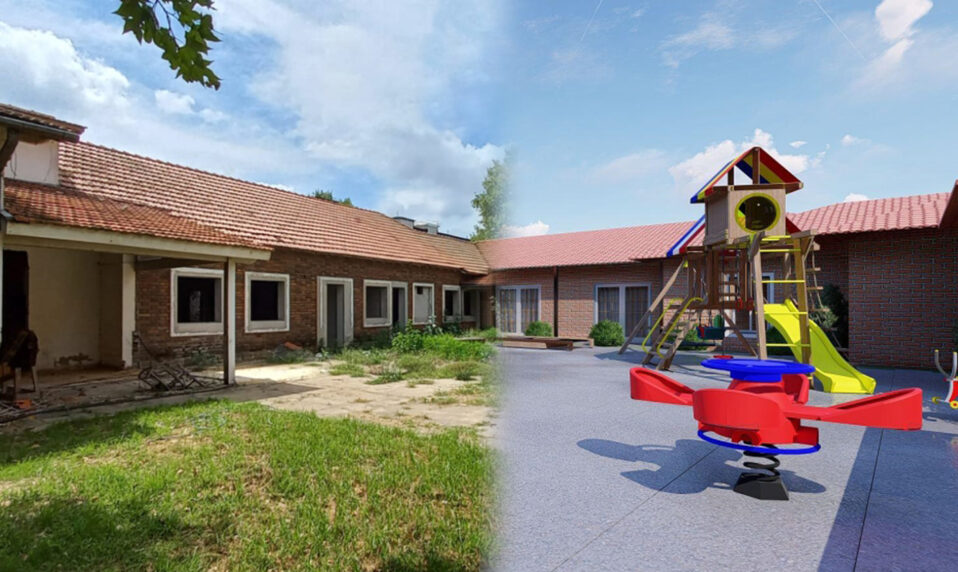 For many years, the Evangelical Lutheran Church in Canada (ELCIC) has been in partnership with Iglesia Evangelica Luterana Unida (IELU). This church-to-church relationship, also known as a bilateral relationship, is one of the many ways the ELCIC lives out its call to ministry in the area of Global Mission.

The ELCIC partnered with IELU in the city of Esquel in the Patagonia region many years back. Over time, ministry there has changed significantly. There is no longer a regular worshipping community, and the ministry focus has shifted towards diaconal projects.

In late-2018, the ELCIC and IELU came together to determine the appropriate direction for the ever-growing partnership. With a focus on education, IELU invited the ELCIC to partner with them in a new way. One of IELU’s schools – Instituto Evangelico Americano (American Evangelical Institute) in Buenos Aires – would be repurposed along with a partly-vacated nearby nursing home – Hogar Armbruster – to see its kindergarten relocated to a new building. This would reduce its lengthy waiting list significantly (500 families), while bringing more children into the school program.

The three-year endeavour saw space in the nursing home renovated, as four new classrooms were built. A fifth classroom will be an add-on to the structure and is currently in the works. Both the principal and secretary’s offices have been erected, while the new kitchen has also been framed. In dealing with the building’s original construction – which dates back to the 1950s – the project is on track for completion in late-2022, only slightly behind schedule.

Fittingly, 2022 marks the 100-year anniversary of the foundation of the first IELU school in Argentina. As highlighted in their ongoing strategic plan, IELU schools exist “to be a church of evangelized and evangelizing communities,” to which youth can strengthen their faith, and educational institutions can build strong relationships within the community, church and the state.

“We thank God for the hands that support the possibility of advancing this project that will be transforming for the quality of life with the purpose of a decent education for the population of José C. Paz and surroundings,” the IELU wrote in its ‘Kindergarten Relocation’ project overview. “There is the possibility of continuing to generate spaces where there is the potential to build a broad community involving new people.”

Roughly 3,900 families make up the life of the IELU schools, featuring 1,750 students from pre-school through Grade 12. Additionally, the Instituto Evangelico Americano in Jose C. Paz features a teacher training program, which will now see additional educators/trainers thanks to the upgraded space and classrooms.

“We thank the many sisters and brothers of the ELCIC who support a transforming project of life in abundance that we are called to share, where these educational projects are extremely significant for the lives of so many people,” the IELU wrote recently. “We give thanks for the sisterly bonds between the IELU and the ELCIC, which make possible new spaces of mission and proclamation of Good News that is shared and announced.”

“The church and its members have faced significant struggles these past few years due to the pandemic as well as the ongoing challenges of a difficult economic situation,” says ELCIC National Bishop Susan Johnson. “Despite all these challenges, I have been inspired by their spirit of hope and resiliency. I am so excited to see that their classroom project is nearing completion. The addition of these classes will provide much needed quality education to many children in the region. I’m so very excited that we are able to partner with IELU in this way.”

“I am also very satisfied with the way we have partnered with IELU, working to ensure that they set the priorities for the projects we support,” she continues. “This is what true accompaniment is about.”

Your ticket for the: Evolving ministry in IELU sees new classrooms nearing completion