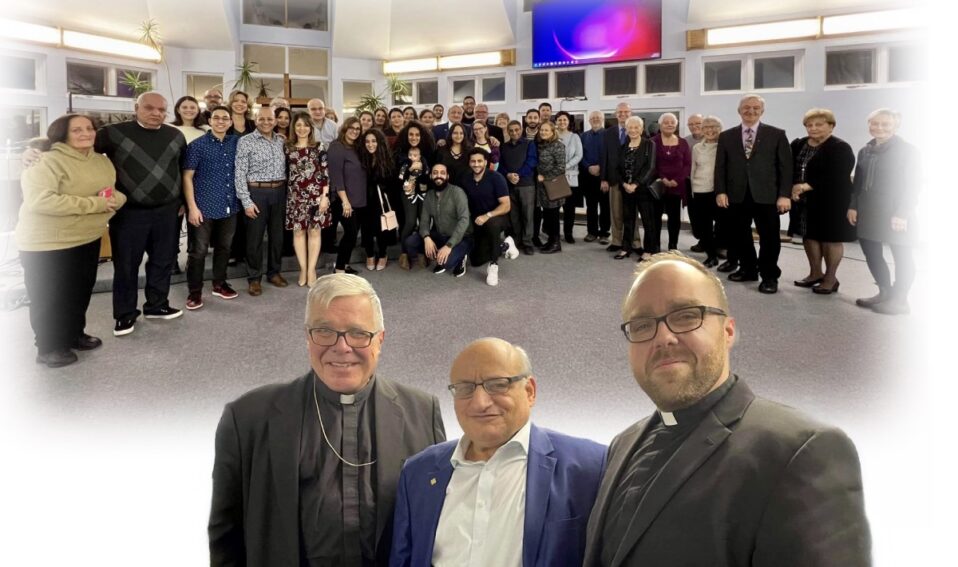 In early-December, the Eastern Synod of the Evangelical Lutheran Church in Canada welcomed its first synodically recognized ministry and authorized lay minister during a service at Resurrection Lutheran Church of Orleans.

Jesus, the Only Way – Arabic Evangelical Mission (JOWAEM) is a group of Arabic-speaking Christians from Egypt, Syria, Lebanon, Jordan and Iraq that has been gathering in the Ottawa, ON. area since 2014. Most recently, JOWAEM began meeting with the Eastern Synod over a year ago and has since made the transition to the ELCIC.

The congregation’s roots lead back to their leader John Sourial, whose children (Freddy and Monica) began a small youth group that grew in size, age and number, to which the thought of regular worship services started to evolve.

“Pastor Joel Crouse in Ottawa approached us and let us know that there was this really neat emerging ministry in Ottawa,” said Eastern Synod assistant to the bishop Rev. Adam Snook. “He told us that they were Arabic-speaking people, that they needed a home, and reminded us that we have lots of buildings and resources to help get them landed and established. It was rather simple: why would we not want to jump on this?”

Snook noted that the group initially approached a few other church bodies, “but were repeatedly either asked to change their name or to remove parts of their theology. So, sadly, they lost out on quite a few opportunities.”

Synod council approved the decision and in December JOWAEM was welcomed into its new home – a shared space at Resurrection Lutheran. Constitutional details and obligations were sorted out, as the group will now worship under a national structure for the first time. This arrangement is the first instance of both a synodically recognized ministry and that of an authorized lay minister within the Eastern Synod.

“As Lutherans, we have not always done our best to support new Canadians as they seek to build new lives amongst us,” Eastern Synod bishop Rev. Michael Pryse said. “This partnership is an opportunity for us to live more fully into our call to love and serve our neighbour, new and old. As a synod, we recognize that we have gifts which can bless this new ministry. Even more so, we celebrate the many varied gifts which JOWEAM brings to the life of our church. We are blessed by their presence.”